A little about the area

Sharing the name with the county in which it sits, the city of Santa Clara, California, lies south of San Francisco Bay in Northern California, among the famed Silicon Valley high-tech hub. Santa Clara makes up an area of more than 18 square miles and is a large and growing city: Its population was estimated in 2008 to have grown by nearly 8% since 2000 to more than 110,000. It also is a quite diverse city, with no one race or ethnicity comprising a majority of residents, and with around 35% of residents born outside the U.S.

Santa Clara was founded in 1777 and incorporated in 1852. It was the site for the eighth of 21 missions in the state, Mission Santa Clara de Asís, and took its name from the mission. In 1851, Santa Clara College was established at the mission's old site. In the post-war era, Santa Clara began to experience growth and development, and in the 1960s the development of the semiconductor industry transformed it into a modern city. Today, residents are wealthier than average in the state, and Santa Clara real estate prices show it. In 2008, median annual household income was estimated at more than $92,000, while Santa Clara homes had a median price of more than $665,000.

The city is heavily influenced by the Silicon Valley high-tech industry, and almost 45% of the city's residents are employed in the computer and electronic products industry. McAfee, Intel, Applied Materials, Sun Microsystems, NVIDIA and Agilent Technologies have headquarters in Santa Clara, and the city has suffered layoffs and ill employment effects to a lesser extent than other areas of the state -- in October 2009, Santa Clara had an unemployment rate of 10.9%, high, but still less than the state's average of 12.3%. For navigating in and around Santa Clara, residents can access one of two key train stations, Great America-Santa Clara Station and the Santa Clara Caltrain/ACE station.

Modern features with abundant space! Large lot waiting for your imagination to make it special. One level, no stairs. Lovingly owned for many years, now available for a n...

Beautiful home less than 2 miles away from Apple Park and conveniently located near San Tomas and Homestead! This spacious 3 bedroom and 2.5 bathroom home, with over 1,60...

A MUST SEE! Gorgeous remodel with brand new Custom Cabinets with all natural Quartzite Countertops in kitchen and both bathrooms. Brand new Samsung Stainless Steel Applia... 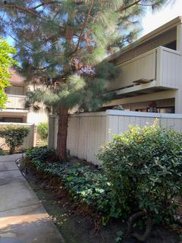 Make this your own home. This is a diamond in the rough in a desirable quiet neighborhood. The bathrooms have been updated a few years (?) back, most of the house is or...

Beautiful 1 bedroom condo, with option to convert into a 2 bedroom, inside the gated Miraval Community, steps from curbside Google bus stop! Spacious condo has dining/off...

Wonderful single-family home situated in the beautiful Bowers Crest neighborhood with a spacious living room and dining room. The living room is adorned with a brick fire...

Based on information from MLSListings MLS as of All data, including all measurements and calculations of area, is obtained from various sources and has not been, and will not be, verified by broker or MLS. All information should be independently reviewed and verified for accuracy. Properties may or may not be listed by the office/agent presenting the information.