In 2007, the San Jose Earthquakes were announced as an official MLS team. Owned by Lew Wolff and John Fisher, this team has been active since the early days of the North American Soccer League. It has taken many hiatuses since its inception, and most recently restarted in 2008. Despite this, the team has seen success in the past few years, winning the Major League Soccer Cup in 2001 and 2003, as well as the Major League Soccer. They currently play at the Buck Shaw Stadium in Santa Clara but are currently in negotiations to have a permanent stadium within San Jose itself. Anyone interested in watching this Bay Area team play should keep their eyes peeled from March to November.

Based in the Bay Area are the San Jose Sharks, a hockey team part of the Western Conference of the National Hockey League. This exciting and vivacious sports team was named for the many shark varieties that surround and explore the Pacific waters. This team has won a total of four Division Championships, all within the past decade. The team has consistently performed well in Stanley Cup playoffs, advancing to at least the quarter-finals for the past four years. In addition to being an excellent team, the San Jose Sharks have some excellent players. One of its players is Rob Blake, who represented Canada in the 2002 and 2006 International Winter Olympics. This team currently plays at the HP Pavilion in San Jose, which is affectionately known as the "Shark Tank." For those who want to watch this agile team in action, The regular season schedule for hockey games runs from October to April, so be sure to keep this in mind if looking to watch these sharks in action.

The San Jose Sabercats were once an expansion team that evolved into a professional team since 1995. Part of the Western Division, this Arena Football League has been quite successful in the past, winning a number of Division Titles and Wild Card Berths during playoffs. In addition to these awards, they've also won 2 conference titles and Arena Bowl Championships in the past decade. While the team is inactive now, it plans to make a return in the next year, which is exciting for any fan of this successful Bay Area Team. The San Jose Sabercats play at the HP Pavilion, which they share with another hometown team, the San Jose Sharks. 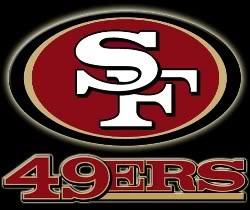 The San Francisco 49ers are a professional football team that is part of the National Football Conference's Western Division. This team was created in 1946 and joined the National Football League in 1950 when the All-American Football Conference merged with the NFL. The team is named for the gold prospectors who migrated to the area in 1849. The 49ers have seen much success since its creation, winning a number of League Championships, Conference Championships, and Division Championships. The San Francisco 49ers also won 5 Super Bowl Championships. With so much success, there is much reason to watch this dynamic team. The team currently plays at Candlestick Park, located within the city itself. For those who want to catch games played by this exciting team, the season starts in September.