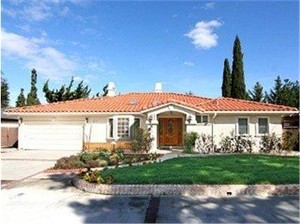 The Saratoga real estate market, found in the midst of Santa Clara County in the San Francisco Bay Area, saw a sharp rise in the rate of foreclosure as well as a steep drop-off in the number of home sales. This may partially be a result of the expiration of the federal housing tax credit, but the decline is still sharper than expected. According to an August 12, 2010 article from the San Jose Mercury News, "Foreclosures jumped in July in Santa Clara and San Mateo counties, mirroring a statewide trend, but the number was down from a year ago, according to a report released Thursday. Santa Clara County had 363 foreclosures, a 20 percent increase over June, but 12 percent below July 2009....There were 645 new notices of default in Santa Clara County and 236 in San Mateo County, drops of 10 percent and 25 percent, respectively. It is now taking almost two years on average for lenders to foreclose on a home after the borrower first misses a payment, said Sean O'Toole of ForeclosureRadar...The number of homes in "foreclosure limbo" -- in which a bank has filed a notice of sale but hasn't sold the home at auction -- continued to decline, down 7 percent in each county. But the number remains high -- 4,103 homes in Santa Clara County and 1,445 in San Mateo County."

Fewer Saratoga homes for sale were purchased in the month of July, mirroring the trend of the Bay Area Peninsula. An August 18, 2010 article also from the Mercury News noted that "After steadily rising for several months, Peninsula home sales plummeted to near-historic lows in July as demand remained tepid and the federal homebuyer tax credits that had helped caffeinate the marketplace in the past year finally went away. San Mateo County saw 463 sales of single-family resale homes, the lowest for a July in 20 years. In Santa Clara County, the 1,159 single-family resale homes that closed escrow represented a drop of 24.3 percent from the 1,531 sold a year earlier, making this the second-slowest July since 1990, according to figures released Thursday by the real estate information service MDA DataQuick. And even though median prices rose in July from a year earlier, with a 7.2 percent rise in San Mateo County and an 8 percent increase in Santa Clara County, there are signs that recent home-price appreciation is losing steam."